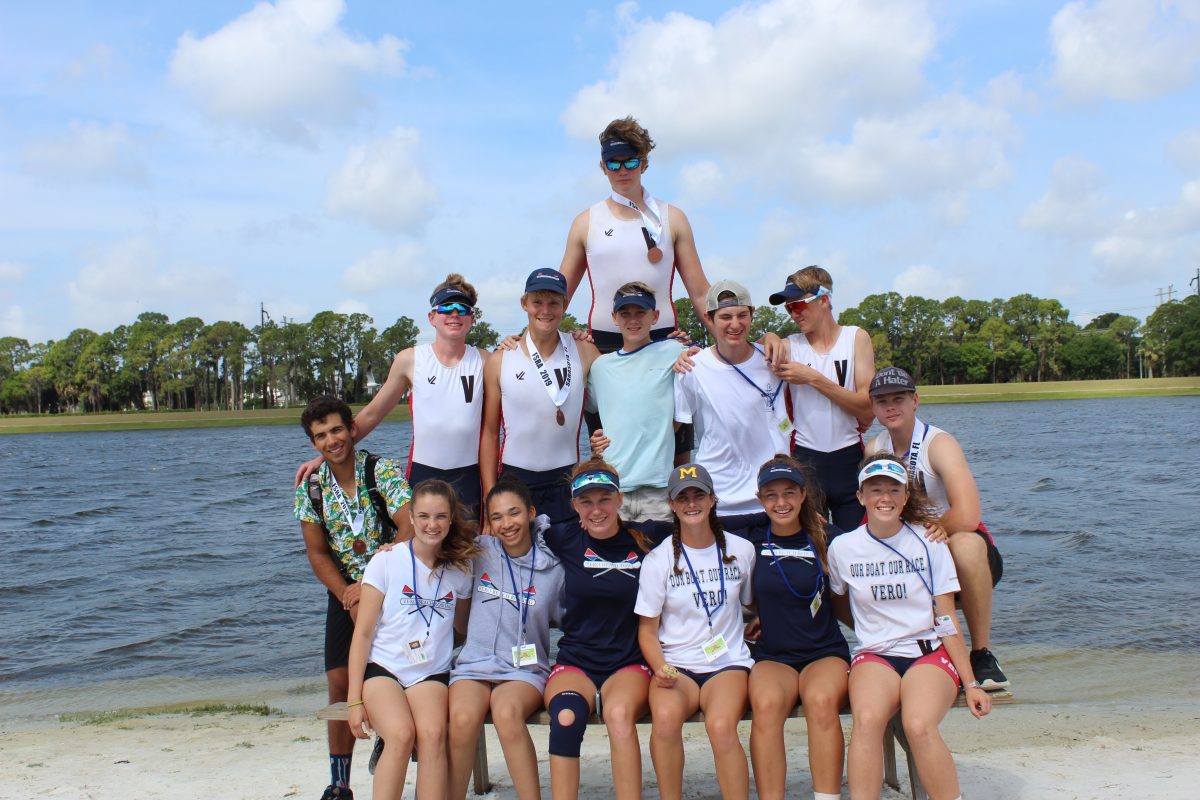 Boys Lightweight 2x – Wilson Murphy, Chris Thull – despite not really sculling much prior to the last 2 months, both boys fought hard to get into today’s final. They raced extremely hard, but came 8th in the finals. I could see they gave it their all when Wilson had a hard time getting out of his boat on the dock afterwards – that’s what I call giving it your all.

Girls Junior 1x – Madison Allerman – After being taken out of her boat in East Districts last week due to illness, she did very well to make it into today’s final, where she rowed well but finished 8th.

Girls Lightweight 1x – Maddie Smith – After being dropped by the leaders off the start, at the halfway point she was in 6th place. Not giving up, she showed true grit and battled her way past 2 opponents to finish 4th, one spot off the podium.

Boys Junior 4x – Nick O’Neill, Joshua Navarro, Eddie Pines, Evan Losey – They led briefly in the early strokes, but came off the start a close 2nd to Sarasota, and they battled hard to maintain contact with them until the half-way point in the race, where Sarasota broke clear. Still rowing well, unfortunately Belen Jesuit snuck by them with around 500m to go, but they held off all other challengers to finish with the Bronze medal – and entered the history books I am told as Vero’s first ever Boys States medalists – well rowed!  I enclose a picture of the crew with their medals. Now that we’ll soon have a boathouse this one should go up on the wall!

I also want to thank all the parents who pitched in this weekend, serving food at the tent, volunteering for the regatta, chaperoning etc.  I think I speak for our entire coaching staff to say that without their help this all would not have happened.

Now it’s on to the Sweep States in 2 weeks – our squad will kick this off with mixed 8’s tomorrow to get used to rowing with one oar again as we plan to fight for the podium again.