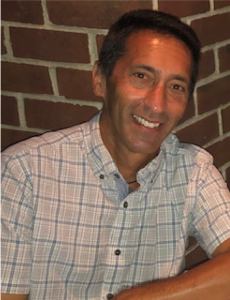 Mokha spent 2015-2016 coaching in Pune, India for the Indian Army rowing team. During that time his crews won 6 medals at the 2015 Asian Championships and 11 medals, including 7 gold at the 2016 US Club National Championships.

Paul was the Head Men’s coach for 3 seasons at UCLA. During that period the Bruins Varsity had a .78 winning percentage with the Varsity 8 twice finishing second at the San Diego Crew classic and the Varsity 4 placing 5th & 6th at the IRA Championships. Mokha earned the 2008 ACRA West Region Coach of the Year award.

Prior to coaching at Barry, Paul served as an assistant coach for the US Women's National team in San Diego, CA. He assisted in the selection and preparation of crews for the World Championships and coached the Women's four to a 4th place finish at the 1997 World Championships.

Mokha was the women’s coach at the University of Miami from 1994-1997. During his tenure the Hurricane crews won several championships in Florida, Southern Regional and Dad Vail Regattas.

During his career he has also coached at the Vesper Rowing Club in Philadelphia working with the elite men and lightweight women and at Penn AC as the U23 Technical Director.